Being just a day short of three weeks after the equinox I was uncertain of what to expect. Theoretically, at least some of the beam should be still visible, even if it had left the inside of the monument and was by now retreating through the gate. After all the sun had kept moving daily towards a more southern point of rising and such 20 day leap may not allow for much of it to be seen. How drastically it all depends on the angle from which the light encounters the gate, was a lesson duly learned a few days earlier during the lunar alignment on April 5.
But thankfully the sun’s seasonal movement is less abrupt and a striking red sun rose on the morning of April 8. Shortly afterwards the first glow began its journey through the gate, illuminating its southern wall and for some nervous moments no ray of light became visible past the entrance. Eventually a beam, nearly to faint and thin to see, appeared but grew stronger and wider as the morning progressed. Unsuspected and to my great surprise at this late stage, the beam still stretched eventually to nearly the centre of the monument, leaving at least another week or even more before the light will enter no longer Grianán nor gate.
This brings the astonishing duration of the equinox alignment to a conservative two months, four weeks before and four weeks after. If this is due to the Grianán’s northerly position or if monuments aligned to the equinox in general demonstrate such a long period, remains for now a matter of further research. 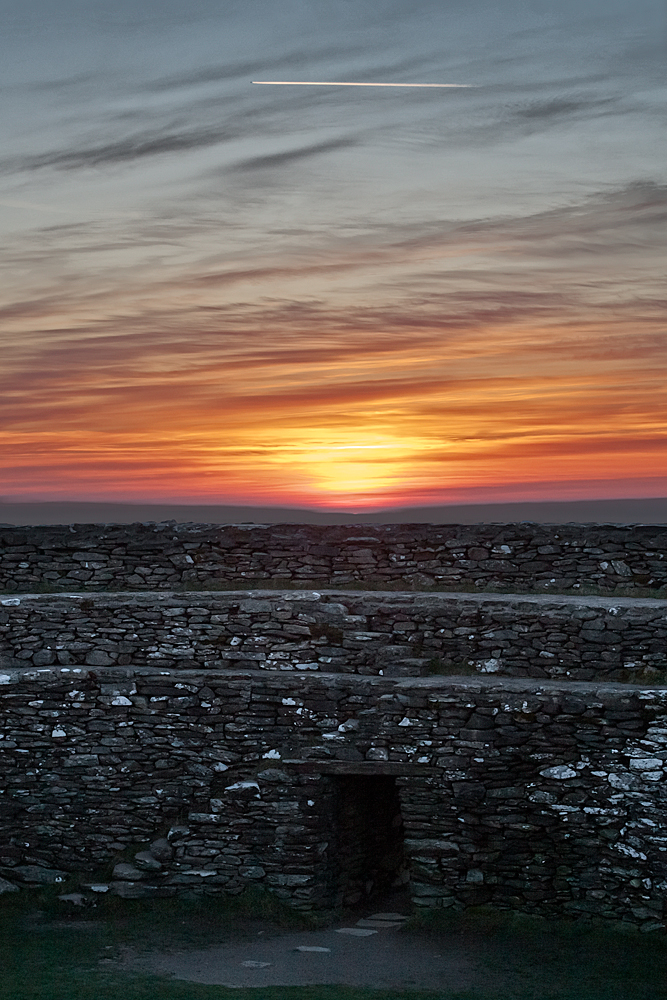 First golden light entering the gate at 7.05 am.

Moon over the entrance to the southern passage. 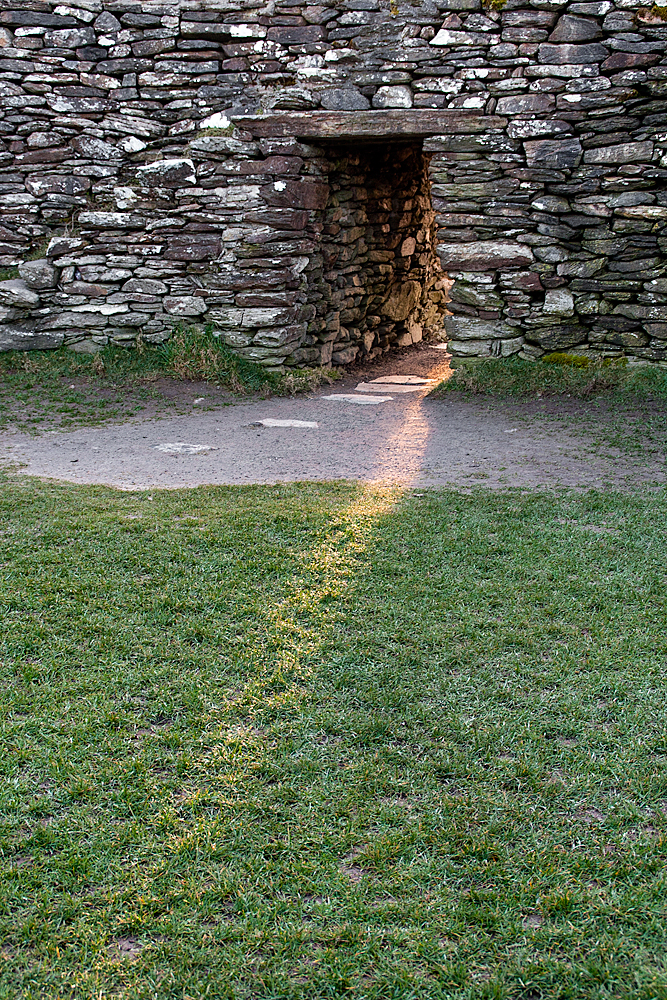 Reaching the center of the monument at 7.38 am. 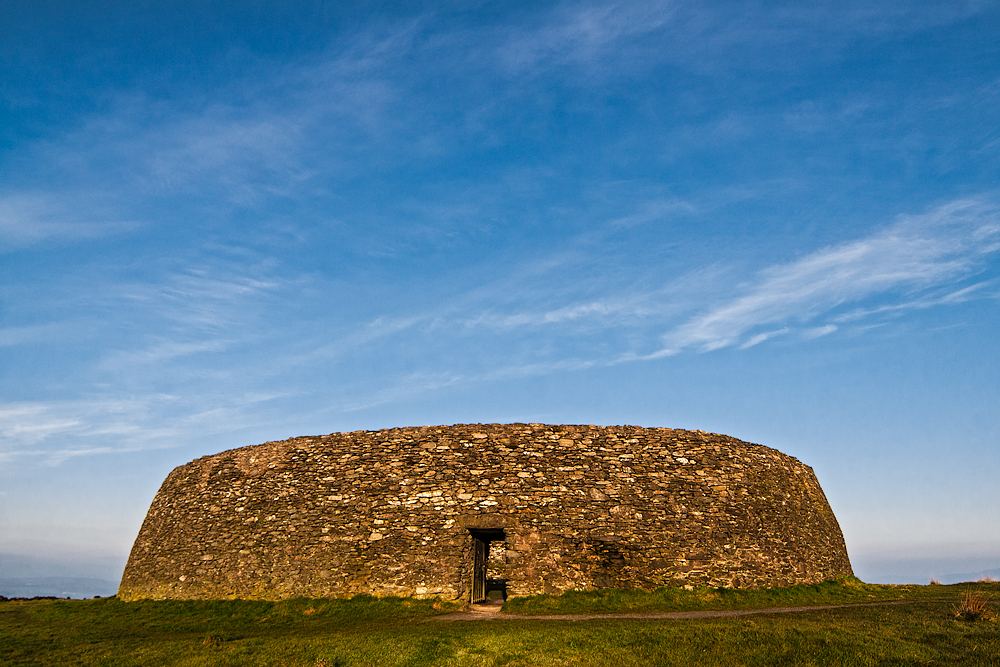 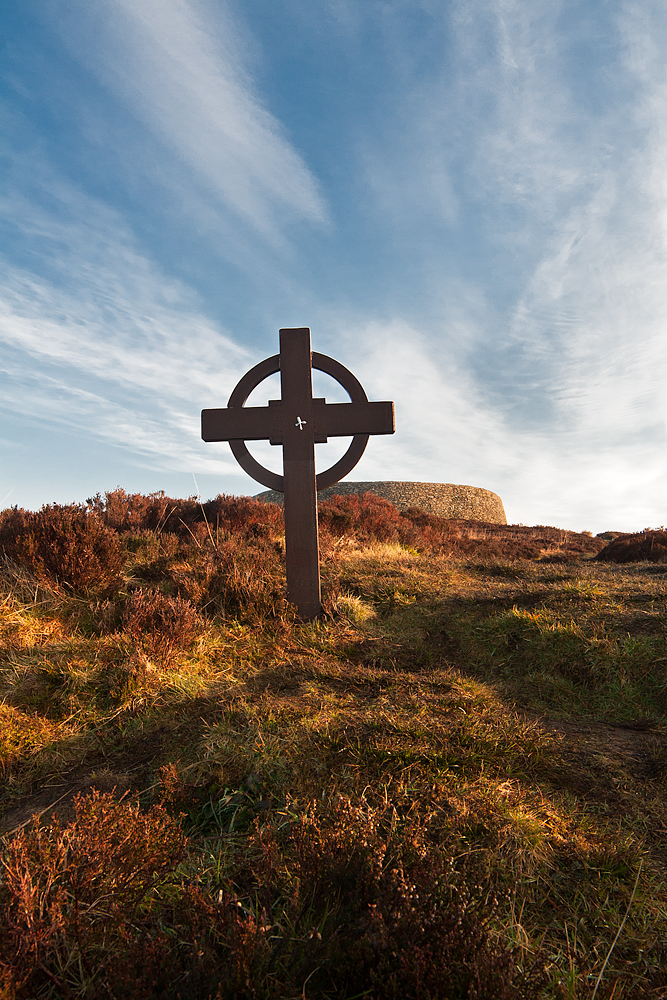 The cross is back at the holy well.